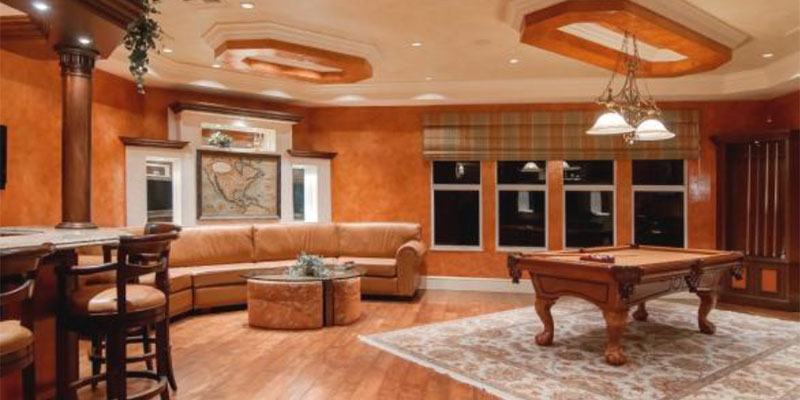 The open floor plan has been a highly sought after layout among today’s home buyers, but homeowners who already live in open-concept homes say they’re starting to miss the walls. With an open floor plan, a kitchen, living room, and dining room are often one large open space.

“Buyers are moving away from uninterrupted views,” Loren Larsen, a real estate professional with Compass in Boston, told The Boston Globe about what she is frequently hearing from clients. Her clients, she says, no longer want their kitchen, along with its dirty dishes, on display.

Life can also be too loud in open concept living, says Bob Ernst, president of FBN Construction in the Boston area. The family togetherness that open concepts bred may ultimately be too much togetherness to some homeowners now. Parents find it difficult to watch adult TV programs if their school-age children are not in their rooms, or to conduct a work call in private.

However, some homeowners may be struggling to voice their dislike of the open concept. “The message [of open concept living] is so powerful that to admit you don’t want to live in a house as open as a soccer field is to reveal something shameful,” The Boston Globe reports.

Open Floorplans Getting Closed Off? Demand Grows for Separate Kitchens

After all, the open floor plan was partially driven by the desire of parents to always be around their children, even when they’re in the kitchen. Also, some may be concerned that admitting they don’t like it is really a confession that they may not be relaxed enough to chat with guests while they prepare a fancy meal or neat enough to keep all of their open rooms clutter-free at all times.

But the remorse is prompting some homeowners to reportedly consider adding new walls or sliding doors to bring in some privacy. Read: Double-Pocket Doors That Make a Statement and Add Privacy

Nevertheless, current home shoppers still show a high desire for open floor plans. “Whether [buyers] entertain or not, when they’re looking for a new home, they picture themselves entertaining,” says Kathy McSweeney with Collins & Demac Real Estate in Shrewbury, Mass. “They want that big open space.”

Source: “People in Open-Concept Homes Are Realizing the Walls Were There for a Reason,” Boston Globe (March 6, 2019)

Mortgage Rates Inch Up, But Buyers Are Still Getting Deals