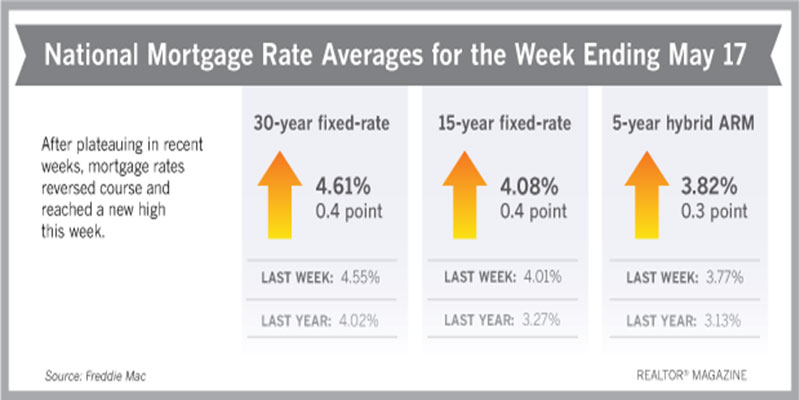 Mortgage rates reversed course and soared to the highest averages in seven years, Freddie Mac reports. The 30-year fixed-rate mortgage averaged 4.61 percent this week, which matches the highest level since May 19, 2011.

“Healthy consumer spending and higher commodity prices spooked the bond markets and led to higher mortgage rates over the past week,” says Sam Khater, Freddie Mac’s chief economist. “Not only are buyers facing higher borrowing costs, gas prices are currently at four-year highs just as we enter the important peak home sales season. While this year’s higher mortgage rates have not caused much of a ripple in the strong demand levels of buying a home seen in most markets, inflationary pressures and the prospect of rates approaching 5 percent could begin to hit the psyche of some prospective buyers.”

Freddie Mac reports the following national averages with mortgage rates for the week ending May 17:

New Loan Option Could be Boon for Veterans